We Write at Night. 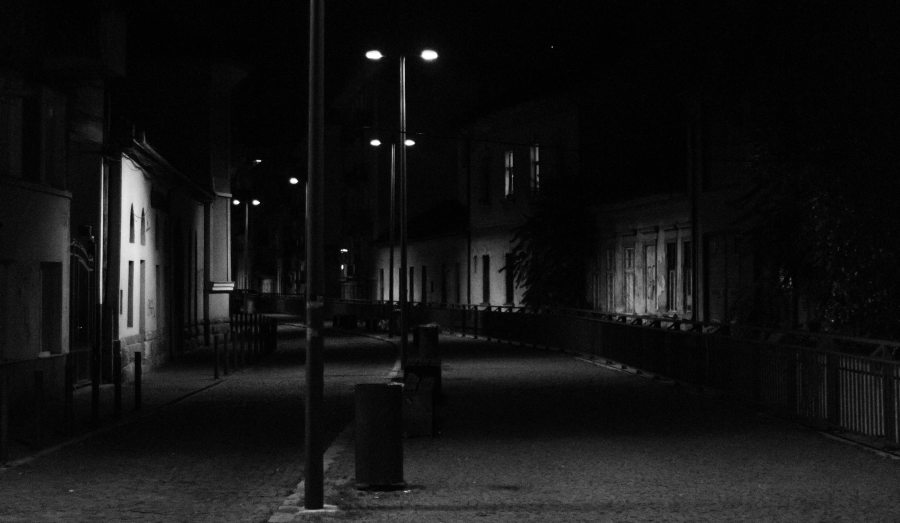 This is the time we write, at night. Where no one can hear the sight of light because we are in the dark midst tormented by which way to turn and what to see.

This is when the lights go off and the dimly lit street light becomes center stage and we can see the graffiti art on locked up stores. Who says these sprayed on smiles aren’t painted for us? See the silent messages of, “fuck yeah” as we feel the emotion well up from within. The spark that follows into the never ending rainbow of this art turning into the artistic thoughts we think. It’s ours if we claim it. Thinking: “A copywrite claim? Or continued connected consciousness?”

Report it as a spam. Because we too speak the words, “I am my biggest problem” written in the alley corners of contemplation.

These are the thoughts we think. This is the way we roll, behind street paths with funny names and the not so funny moment when someone looks back at us as we take a hit of the moment.

Why haven’t we ever taken the time to just absorb the atmosphere, to sit at the corner of Ha-Carmel and Allenby to listen to the bus beeps and inhale the second hand smoke? We stop little ones from riding into oncoming traffic, and barely have time to look up and see that the city has been built off distress and art made in twilight.

It’s the time when we can’t make eye contact. It’s not safe. Don’t talk at midnight, walk like we’ve got somewhere to go.

In the waking hours of 4:44am we hear it, the not so subtle gargling of its underbelly. And the fact of the matter is we’ve sharpened all our nails for this point. Because we know we aren’t just being followed by our inner shadows, as a random dark stranger follows us whichever way we go.

We march for violence against women because the one to one ratio of offense is an alarming feat, so we pick up ours and walk to a new pace but it’s not at our own speed and it isn’t even in our own direction. Something says we better pay attention. We are trying to see, there’s no need to stop and no place to go.

“Is this the station for the bus or where we get off to stop?” Stand still, breathe in the overwhelmingly sweet bread, and try not to act tempted. Are we our own superwoman? Could we fly away with wonder words waging womanly wars? We have a right to be here. But that birthright is on no basis at all.

The land of holy bibles and holy battles, like wholly bloodshed.

If we were so above the days of prejudice why are we deathly terrified to trail down that dark path?

“Grr” in anger as if we were growling like the zombie sounding man-of-the-street does at the stroke of night.

No train of thought, just endless tracks that have no destination. We’re in Israel, don’t you see it? The motorcycle vroom-vroom on the move, but that social time has got us drifting in a rhyme. With this prophetic language we are speaking Hebrew just fine.

Yes it’s  jewish, but not so orthodox. We don’t see things the same as them. They ask if we have a shekel or two to donate to a poor jew? But what if we are that poor few?

What if we are the ones who need to fill our paper cups and spill out on to a not-so-paper-page as we write down the way we walk in a story.

Category: Be Your Own Beauty, Limitless Life: The Red Pill, Travel Tales, Uncategorized    Tagged: At Midnight, Being a Woman, City Life, Destination-Israel, Empowerment of Women, Feminism, I am my biggest problem, Israel, Jewish, Life, Living in a City, Living in a City as a Woman, One to One sexual harassment ratio, Sexism, Sexist, Sexual Assalt, Sexual Awareness, Sexual Harrassment, Stalking, Tel Aviv, The battle of the sexs, The Holy Land, The Holy War, The Truth, Travel, Travel Tales, Violence Against Women, Women, Women Rise Up, Writing at Midnight, Writing at Night

Men and Women: Are Some Sexist Gender Roles Important?

There’s nothing like waking up in the early morning to go to a jewish learning center and hear a seriously sexist rabbi talk about men and women. Sitting in the classroom you begin to get thoughts like, “Does he really think that the world works this way? How much longer can someone sit through this brainwashing perspective? And I may agree that things were seriously messed up back in cavemen times but, really, this is how you see men and women?” The rabbi’s thoughts were that back in beginning of time when survival was the main focus and everything else was secondary, women traded sex for protection against the elements of the forest. Fine, we can understand women are not known to be big warriors with their larger fat to muscle ratio but, in times where we don’t just rape and pillage everything that comes our way one can safely say that women’s goals aren’t necessarily alined with that kind of thinking anymore. Maybe because women are capable of being just as fierce as their male counterparts, but more likely because we as a society are so far beyond that point where war and attraction are glorified things. Or at least we hope that beauty and strength aren’t the only two categories a human can fall into.  Beauty plus strength equals harmony.

That’s been a personal motto to help understand not the combined efforts of two individuals, but the inner spiritual combination of a whole independently functioning person. Sure, Beauty can meet Strength and they can fall happy in love for a time but without Beauty having a little strength of her own and Strength being void of any beauty it is a matter of common sense the two will lose interest. Besides beauty and strength are just expressions of power and they can both have varying expressions of mental, emotional, or physical beauty or strength, and because of this the balance of all these aspects in a person is way more complex than just being strong or handsome. Everyone is given the physical aspects by chance, we are given our authentic features for drawing in a mate to procreate with us and then we are given our muscle make up for the mechanics of survival. Though when it comes to our mental and emotional expression, it is likely that the artistic charm and robust might are cultivated with the learning curve of experience. And when it comes to being wise and experienced, nothing can help an individual learn more than from failure. From those failures we detect our deepest insecurities or better known as weaknesses. It’s true: We turn our weakness into strength.

But once we have this manifested strength it is still not enough to make us whole. We cannot self-actualize completely based only on the fact we slayed the dragon, we have to win the heart of beauty to know we claimed a prize worth fighting for in the first place. There is no point to having all this inherent power without the ability to love. So: We turn our strength into beauty.

A lot of old school sexist ideas are written into the code of our archetype simply because this is a perception us humans all encounter being equipped with the moral virtues gained from animal kingdom exile. We are blessed with the structure to have a society built on love and honor if those in question are righteous enough to up hold those values but don’t let these extreme feminist get in your head: some sexists ideas are in place for a purpose. It is not to say that women can’t be independent or strong, or that men cannot be codependent or emotional, it is to say that with both these two aspects of masculine and feminine running through each individual it is vital we articulate their unique qualities to draw new found strength and beauty.

A lot of what I am saying can be summed up from looking at the tarot cards of the magician, the high priestess, the empress, and the emperor.

Men’s ego are so huge mainly because it’s a survival instinct to protect and to do so, men are based off the principle of power. This inflation of ego allows them to put pressure on themselves to provide value and gain a position of leadership. But in order for this male to gain that status he must first have a talent for manifestation, be resourceful, and have inspired action to acquire his power. This state is rather primitive being that the man in question has his focus on the creation of self: The boy on the quest to become a man, otherwise known as the Magician.

Women’s emotions are so over developed to ensure that they can connect to relationships around them because they are based off a principle of love. This interconnection to other forms of life is bred into women’s character to give them the insight necessary for their survival. Their intuition guides them to to make decisions based off of the sacred knowledge that comes from the journey within. Were as the Magician is to go out into the world to prosper, the High Priestess goes into herself to use her subconscious understandings of emotional power. She sees that men’s power comes from being able to go out and give, so she uses her inner wisdom to retain and receive. She is complex and therefore is both an independent, yet an interdependent character on her ability to create a relationship between the spiritual and the physical. This is normally why we associate women with beauty because it is that relationship with the divine that makes us so virtuous.

Higher expressions of these two archetypes is the Empress and The Emperor. Now the woman learns to take what she’s received and retained and give back, “new life,” and the Emperor takes what he sought after to build the foundation for his leadership chair. Here women are Queens and men are Kings and they rule together. Whereas before the Magician and the High Priestess were only in a romantic mating phase that is trying to learn to take two completely opposing energies of masculine and feminine and turn them into complements, the two now create a powerful love relationship. The Empress and the Emperor give structure to the future of a family or even more ambitious: a nation.

The gender roles are not something meant to be confined to completely but by understanding what traits they express in each individual may we combine both the beauty and strength of masculine and feminine to actualize a holy harmony.